The Micro story began just 15 years ago when Micro founder Wim Ouboter was 30 years old and living in Zurich. He encountered a small problem - his favourite sausage shop was too far to walk to, but not far enough to drive to. 'I called it a micro-distance,' he says. A former banker turned inventor, Wim decided to find a new way to get his daily sausage. Remembering the scooters of his youth, he set about making an adult version, 'a primitive scooter using the wheels of some inline skates; it worked well, but the only problem was that when I went downtown on it, people laughed at me.' With his characteristic mixture of a child’s desire to be cool and a grown-up's application of technology, Wim worked at the scooter until it was small enough to hide in his backpack. It still took another 10 years (and the constant encouragement of his wife) to get the invention on the road. Now, several million Micro scooters later, they are still an important part of Ouboter family life. Asked if his two young children use his scooters, he says, 'Of course. Who do you think are my guinea pigs?'

Wim and his business partner Hans-Peter Bolliger, now CEO of Micro Mobility Systems, attended trade shows in 1999 with their first professionally developed scooter. Called a Kickboard, the 3-wheeled scooter won the the Design Prize by Stuttgart Design Centre. They sold more than 9 million scooters by the end of 2000.

Following the introduction of the Kickboard, Micro developed several other award-winning, best-selling 2- and 3-wheel scooters which can now be found in stores worldwide. A combination of Swiss design and cutting edge technology continues to be the formula Micro employs, setting the standard for innovative, compact and portable lifestyle mobility products. No other Swiss design has captured the world’s imagination so quickly. Today Micro continues to deliver quality and innovation and is recognized as the leading brand in its field.

Much more than a trend, Micro Scooters represent a lifestyle: fun, sport and transport all in one. 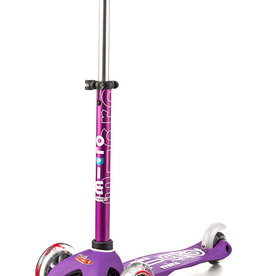 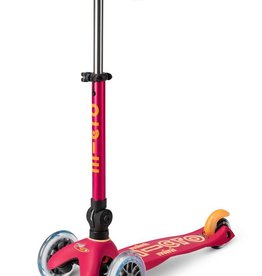 The well-known Mini Micro kids scooter now offers a new intuitive folding mechanism.This beautiful Ruby Red scooter can be folded compactly in just one click and with one hand, which makes it easy to be stowed away in the sibling's pram, the car or even a
in winkelwagen
Mini Micro Deluxe Ruby Red Foldable 2-5 years
€110,00 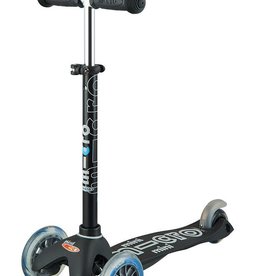 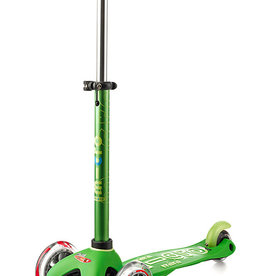 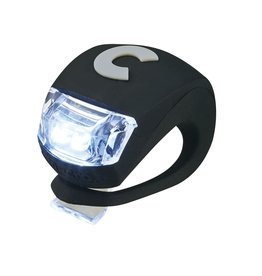 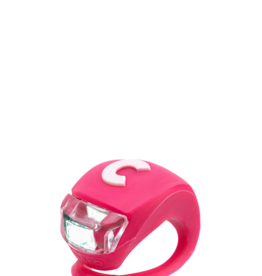 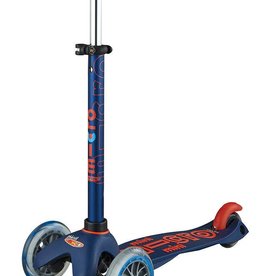 SURFING THE SIDEWALK - This sports toy not only encourages movement and exercise, it also helps children to learn balance, co-ordination and motor skills. The T-tube handle even has a safety lock so that only parents can remove it, for example to store it
in winkelwagen
Micro Mini deluxe navy blue 2-5 years
€99,95 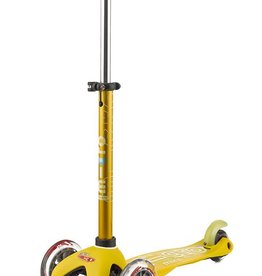 The Classic is now available as deluxe version


Surfing the sidewalk - the mini micro was elected Toy of the Year by kids and parents several times! This sports toy not only encourages movement and exercise, it also helps children to learn balance, co
in winkelwagen
Micro Mini deluxe yellow 2-5 years
€99,95 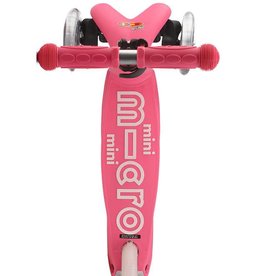 Surfing the sidewalk - the mini micro was elected Toy of the Year by kids and parents several times! This sports toy not only encourages movement and exercise, it also helps children to learn balance, co-ordination and motor skills. It was specially devel
in winkelwagen
Micro Mini Deluxe pink 2-5 years
€99,95